If people in the area had gotten their way, the metro station now known as Bořislavka would have been called Horoměřicka, and whilst it is important to take into account the wants of those nearby, this would also have been somewhat incorrect. The station is situated next to Horoměřicka street, but that street leads all the way to a small village on the outskirts of Prague called Horoměřice. Calling Bořislavka station ‘Horoměřicka’ would have been akin to calling Girona airport ‘Barcelona airport’, although that didn’t stop Ryanair.

Almost three thousand people live in Horoměřice today, but the village’s most famous resident died long before the grandparents of those living there today were even born. Benedikt Roezl was born in August 1824, and would go on to become the most famous orchidist there ever was, although I’d wager that most would struggle to name a second orchidist. Roezl grew up to become a traveler, gardener, botanist and a potential inspiration to James Barrie, the glum Scottish chap who wrote Peter Pan, losing a hand in an accident in Cuba that did more to increase the mystique around the man than any amount of orchids ever could.

After growing up in the village, Roezl learnt how to grow and care for exotic plants before moving to Belgium in the mid 1840s, taking on a number of gardening jobs in Ghent before becoming the head gardener of a tropical greenhouse, a job he performed so incredibly well that the garden soon became a national institute. Rather than settle in Ghent and become a national gardening superstar, Roezl packed his bags and headed off to the Americas. He initially settled in Mexico, where he bought a restaurant and helped design parks. Roezl’s tavern brought in the bacon whilst the man himself scaled mountains some 4000 metres into the air to collect flowers at temperatures well below zero.

Roezl’s sea legs soon kicked in once again however, and the man traveled from the top of the Americas all the way to the very bottom. Roezl was captured by robbers and bandits pretty much every step of the way (not every literal step, of course) as he traveled on horseback and on foot, but he always managed to escape his captors thanks to money and flowers, although the smart money would be on the former helping more than the latter. He designed a machine in Cuba that was for processing ramie (an important fibre crop, it would seem), but this machine only really succeeded in relieving him of his left hand. The iron hook was inconvenient when it came to his gardening but an undeniable success from the point of view of the local Indians, who decided to call him Don Benito for obvious reasons and seemed to enjoy Roezl’s presence. Who wouldn’t want an eccentric European botanist with one hand hanging around?

The man was botanical legend, but it was in the field of orchids that his name was truly made. Throughout his travels Roezl managed to discover over 800 different species of orchid, more than 40 of which would be named in his honour. Whilst in Peru he climbed actual mountains for no reason other than to bring orchids back down, and he shipped orchids by the tonne. If you say that Benedikt Roezl shipped a tonne of orchids, this is correct in the most literal sense. He eventually returned to his native Prague to establish a Czech botanical magazine by the name of ‘Flora’, and a statue in his honour was unveiled in Prague’s Karlovo náměstí. Roezl died in Prague at the age of 61, just a couple of short years after the establishing of his magazine. Whilst it was probably accurate that his obsessive collecting of orchids did irreparable damage to the natural habitat of the flowers, this tends to get lost under the weight of his achievements. That or the weight of the orchids, I can’t be sure.

‘An Illustrated History of Slavic Misery’ is available for purchase, we swear. To pick up a print copy of the book (€20 plus postage), send us an email at miseryslavic@gmail.com. The digital version is available on Amazon at the link linked here , although you can also buy the digital copy through us. That is unless you think Amazon deserves 30% of the work. 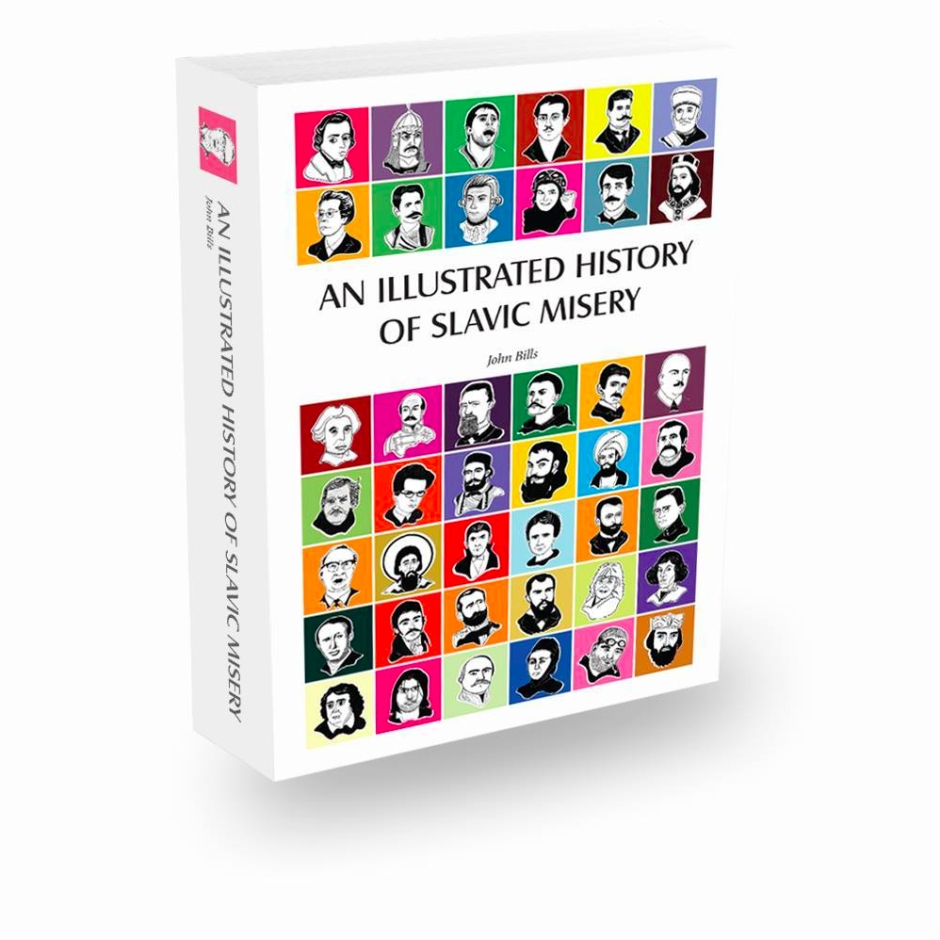