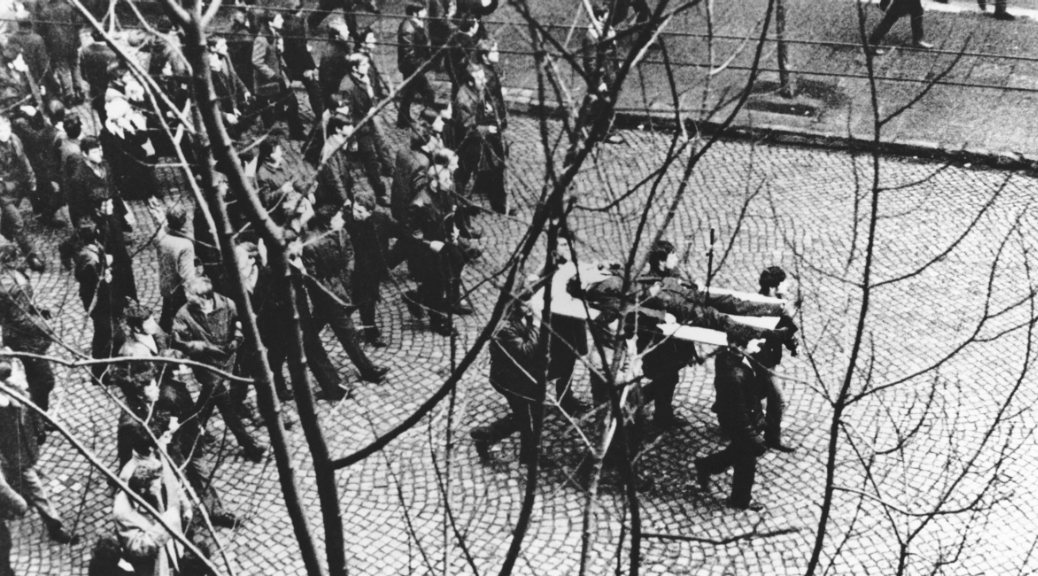 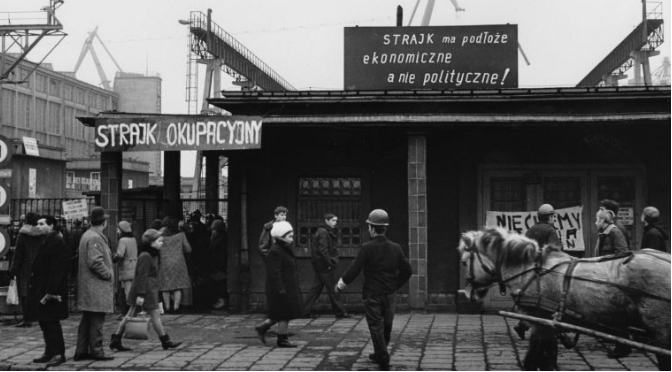 Price rises never go down well. A few years ago cigarettes went up 5p in the United Kingdom and smokers everywhere collectively lost their shit, bemoaning the fact if smoking itself wasn’t bad enough, it was now even more expensive. Nobody rioted, but then it isn’t in the British smoking community’s psyche to riot. Folk on the continent aren’t quite as docile as us Brits though, and extreme price increases usually lead to folk on the streets with angrily-worded signs.

In December 1970 the good people of Poland woke up to some fairly steep price rises. Meat had gone up 18%, sugar 14% and flour 17%, as the Communist government led by Władysław Gomułka tried to deal with its increasingly shitty economy. The completely unsustainable food subsidies were being stopped, and the mass increase in the price of basic commodities meant that there was also a 45% reduction in the value of real wages.

Needless to say, the put-upon folk of Poland were pissed. On the morning of December 14th hordes of workers in the coastal city of Gdańsk’s shipyards downed tools and sacked off work for the day. In their anger they headed towards the local office of the Polish United Worker’s Party (Polska Zjednoczona Partia Robotnicza), the party that had ruled Poland with an iron fist since 1948. On their way they were met by the Police, and a good old fashioned barney broke out.

The next day the three major coastal cities (Gdańsk, Gdynia, Sopot) were placed under a telecommunications block, basically cutting them off from the rest of the country. This resulted in the strike spreading, with tonnes of workers in the harbour and ship renovation yard calling it a day too. By the 16th almost all of Gdańsk was on strike, with similar protests springing up in Gdynia, Elbląg and Szczecin. The practically unpronounceable city last on that list had set up a parallel city government, demanding the establishment and independent trade unions and for someone to come and put out the fires they had started in the local party offices. The PZPR offices in Gdańsk had also been replaced by a pile of burning rubble. To use academic political language, the faeces and the fan were BFFs by this point. 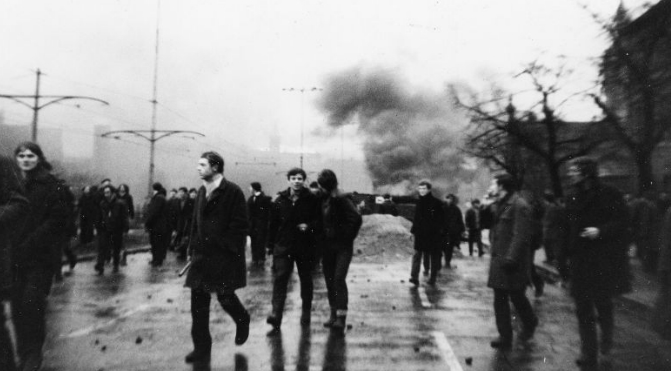 Gomułka was understandably miffed by all of this, and harsh reprisals were inevitable. His right-hand man Zenon Kliszko was parched and only blood could quench his thirst, so in came the heavies. 5,000 policemen and 27,000 heavily armed troops were called upon to occupy the coastal area, with orders to open fire on folk heading back to work. You can’t just shoot people of course, and the reason given for the relaxing of trigger fingers was to prevent industrial sabotage. Nobody was convinced, but nobody needed to be.

The problem was (other than people being allowed to shoot other people) that another party leader by the name of Stanisław Kociołek had appealed to people to go back to work. You don’t have to be Jeremiah to see where this is going. The heavily armed security forces in Gdynia were still under the impression that they were to shoot folk trying to return to work, so when a mass of people exited a commuter train on the morning of December 17th they were probably pretty surprised to be met with a hail of bullets.

Usually the combination of bullets and humans means deaths, and this was no different. It was a bloody massacre, although at the time the party announced a grand total of six deaths. News spread of the heavy handed response and strikes intensified, until the Polish government could take no more. An emergency meeting was held in Warsaw, Gomułka hoping that the Soviets would repeat their actions in Czechoslovakia two years earlier and send in the tanks to save his skin. Instead, the Soviet leadership under Leonid Brezhnev gave the green light for Gomułka to skip town and enjoy his retirement. 14 years after taking over, Gomułka was replaced by a younger chap called Edward Gierek. The price increases were reversed, and people were allowed to return to work without fear of being gunned down by police. 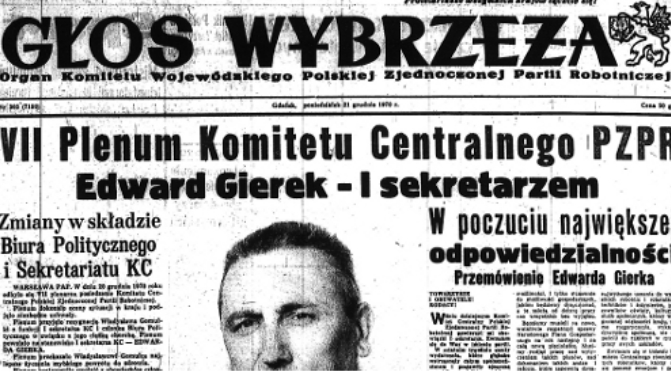 The official line states that 42 died in the protests altogether, but only the lord himself knows the truth of this  number. The protests would awaken the previously dormant Polish activist nature, leading to the eventual establishment of Solidarność (Solidarity) in 1980. Iconic images are worth their weight in gold however, and these riots were no different in this case.

The image of a freshly-dead young chap being carried on a door panel acting as a stretcher, right through the middle of cordons of police and tanks was as striking an image as one could hope for. The then-anonymous chap inspired Krzysztof Dowgiałło to write a poem about lost youth in the face of military might. The kid was given the name Janek Wisniewśki, a typically Polish sounding name if ever there was one. It later transpired that the body belonged to an 18-year old kid from Elbląg called Zbigniew Godlewski.

The Ballad of Janek Wisniewśki vaulted into the public consciousness in 1981, when the song was used at the end of the film Man of Iron, with Wisniewśki’s story gaining greater prominence at this time too. Streets in many cities have since been named after the anonymous (but not really) hero, and 2011 also saw a film called Czarny Czwartek (Black Thursday) released.

Since the advent of photography not a conflict has gone by without anonymous individuals becoming the focus of iconic images. Whether it is a little boy washed up on a beach, children running screaming in Vietnam or a sailor kissing a nurse in the United States, our collective memory of conflict is now largely shaped by the photographers capturing every fallen body. For Poland in the winter of 1970, an 18-year-old being carried Christ-like through his murderers was just that.

Of course, just because a photo does the rounds doesn’t mean that everything ceases to be shitty. The strikes in Szczecin continued throughout the rest of December and into January, at which point they fell apart. Gierek’s government waited a few months before attempting to capitalise on the workers heading back to their posts, releasing fake reports in the summer saying productivity was up. The fools used old footage to accompany the reports however, and the people of Szczecin were up in arms. Back on strike they went, although nobody got shot this time. Price increases were also attempted once again, which the Polish people responded to with a big loud NOPE.

The Commie dictatorship would stay in place in Poland until 1989, but the protests of December 1970 and the martyrdom of Janek Wisniewśki played a vital role in the eventual shedding of the communist skin. It was the first time that Polish workers had demanded change through collective action and been successful, paving the way for Lech Wałesa and his moustache a decade later. Poland’s road to (what seemed like it might be) freedom was a long and arduous one, and these riots in the north represented some of the baby steps.